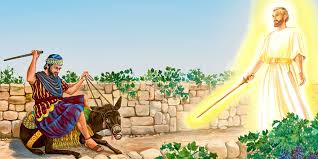 Intercessors this is an important and urgent intercession. Mueller is scheduled to appear before the House next Wednesday, 25th of July. Mueller has been subpoenaed by the Democrats to answer questions about his investigation. Although some believe Mueller will not testify, I’m going to be prepared and cover the hearing with prayer.

Cindy Jacobs prophesied, through the Mueller investigation “The Deep State” will hang on their own gallows. So this investigation and related events are critical to bringing down the evil and corrupt “Deep State”. We cannot miss this!

The false prophet Balaam was told by God what to do but because of greed, he defied God’s will. As Balaam was riding his donkey to collect the gold, the donkey spoke! I thought, if God can make a donkey speak the truth, God can also make Mueller speak the truth.

I don’t have any guidance by I’m going to pray, at the hearing “Mueller speaks the truth, the whole truth and nothing but the truth!”

Evidence continues to mount against “The Deep State” so all the actors must be indicted and brought to court, the sooner the better. Mueller’s report has now been found to be rubbish with so many incorrect statements, false evidence and quotes out of context.

What about the FBI saying the Steele dossier was verified when it was 90% rubbish and lies, also the false evidence used to investigate Carter Page, Trump, Manafort, Cohen and others! What about the unjust, heavy handed tactics arresting Stone!

These are all things Americans should be worried about and want to know the answers. These attacks against Trump, his family and Americans has gone on long enough and has got to stop. People’s lives are being destroyed. “The Deep State” doesn’t seem to care. It is outrageous and unjust.

Let’s keep a right attitude about all this, we pray because justice must be done and “The Deep State” must not continue destroying lives.

Let’s pray, “Mueller speaks the truth, the whole truth and nothing but the truth!” be strong in faith until we see “The Deep State” fall!

2. Bob Mueller’s 448-page report was nothing but pure political garbage, full of errors put there purposefully.

According to a brand new breaking story of John Solomon, some of the very keys of Mueller’s assertions are totally and provably false. For example, the Mueller report describes Paul Manafort’s Ukrainian business partner as a shady individual with ties to Russian intelligence. (watch video)

Advertisements on this page do not necessarily reflect our views